I don’t really do New Years Resos. I add things throughout the year, though, to change things up. Last year, I knew I wanted to become a better writer. So I committed to a process of writing more, either by blogging or simply by writing things down. I’ve always enjoyed being a morning person, but I don’t enjoy getting up to do it. I’ve notoriously been awful at waking up at a reasonable time. This year I resolved to make a change.

How things used to be

I used to have a roommate, and his name was Kevin. We got on pretty well, for the most part. Sure, I left messes where ever I was, but it never bothered him too much. The biggest problem he had with me was my alarm. I would set my alarm to go off an hour before it needed to. I thought I needed to do that so that I would wake up on time. It was dumb, but it’s what I did. My alarm would wake up my roommate, and it would anger him. But he understood that I would sleep through my alarm, and he knew I struggled with waking up on time for work. I resorted to getting an alarm designed to be super annoyingly loud.

I resorted to getting an alarm designed to be super annoyingly loud. I would sleep through that alarm, too. It was next to my bed. In fact, my neighbor, from across the alley, heard my alarm and screamed: “Would you turn off your fucking alarm, please???” You guys, it was bad.

I went on a trip and forgot to turn off my alarm. When I returned home, two weeks later, upon entering my room I saw the shattered remains of mega alarm clock on my bed. At first, I was furious. Obviously, my roommate destroyed my clock. Sure, I left it on, but there was no need to destroy someone’s property. My roommate came home later that day and I inquired: “Hey man, why did you kill my alarm clock?” My roommate set his things down and started laughing, “Dude, I was pretty mad, but now it’s funny.” You see, the alarm clock, while super loud and obnoxious, also had power redundancy in the event the power went out. It had batteries inside of it that would keep the alarm going strong if there was an electrical outage. There was an internal battery that would power the clock if the batteries lost power.

My roomie continued, “Yeah, your clock went off and woke me up. So I went and turned it off. Then it went off again! So I unplugged it from the wall; it went off again!!! I was pretty pissed, and I couldn’t figure out how to get it to stop, so I took the batteries out… AND IT STILL WENT OFF AGAIN. So I beat the shit out of your alarm clock until it stopped!!!” While it was a funny story, I felt awful.

I’ve tried all sorts of things over the years to wake up early and, for the most part, I do wake up early, but I don’t get out of bed early. I would often mess around on my phone for an hour before getting up. I wasn’t happy about that; I felt that I was wasting time and productivity.

One of my clients, Meg, of Urban Southern, wrote a blog post about how she gets up early. I was skeptical because 4:30 am is a pretty gnarly time to wake up. But that first day, I did it. I turned on a light, took a shower, made tea, read, even did a Youtube morning yoga routine, and I felt pretty good that day.

Day two was much of the same, and before I knew it, I was through the first week of this attempt at adding a new routine to my life. I gave it a rest on Sunday and let my body wake up when it was ready.

I can now say that I’ve finished a whole month of getting up early, at 4:30 am or 5 am. I would adjust my wake time based on when I got to bed. I did a good job of getting to bed by 9:30 pm or 10 pm; one thing I learned some years ago is that the body needs sleep, at least mine does. It needs a good six or seven hours of sleep. In fact, I had to force myself to sleep as long, and when I did, I noticed small changes; though, the most notable change was that I lost ten pounds! Just by sleeping the right amount!! Crazy, right?

What I have noticed since making the change

Since making it a priority to go to bed at 9:30 pm, I have noticed that I feel more urgency in my days. Things need to get done by a certain time, or they will have to wait. What it really comes down to is that I have given myself the greater priority and I’m getting the things done that really matter.

I’ve been eating breakfast. I normally eat a snack in the morning, but with this change, I notice that I’ve made an effort to make an actual meal for myself in the morning, along with tea or coffee, and that’s been a nice change for me. I feel more relaxed and more ready for the day.

I’ve been doing morning yoga routines just with practices I see on Youtube. I know I probably look and sound like a weirdo, but it’s helped me. My back is a mess and is always tight. These practices have helped with that and have, in turn, helped with my running, too. I noticed that I would take more Ibuprofen or Aleve; I now do that far less. My back is still regularly stiff, but I can feel the improvement physically and mentally.

I also feel less rushed; there was always this feeling I was late for something; or if I had an early morning run, I’d have to rush out the door for it. A few times I would forget my water bottle. Now things are pretty calm and I feel more in control of my time.

Overall, I can feel a small shift in my thoughts and feelings and all of these things I notice add up in a big way.

Will I go back to my non-early waking ways?

No, I don’t want to. I value the time I have to myself each morning. I may push the clock back to 5 a.m., like I did this morning, but I’ve been at it for a month and I see little reason to change. So I’m going to keep it moving and stick with it.

Read Meg’s article if you want to know exactly what I did to get started. 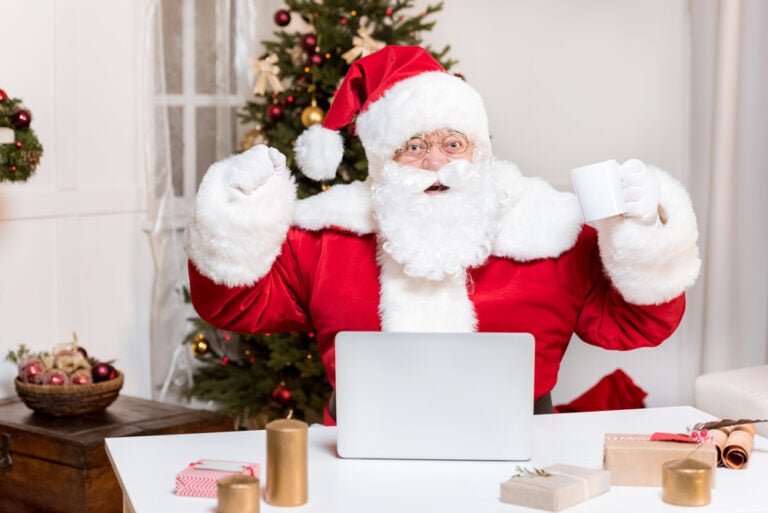 FacebookTweetPinLinkedIn You guys have heard us mention that email marketing WORKS. Like really really works….

FacebookTweetPinLinkedIn More than one million businesses use the Shopify eCommerce platform to sell products online…. 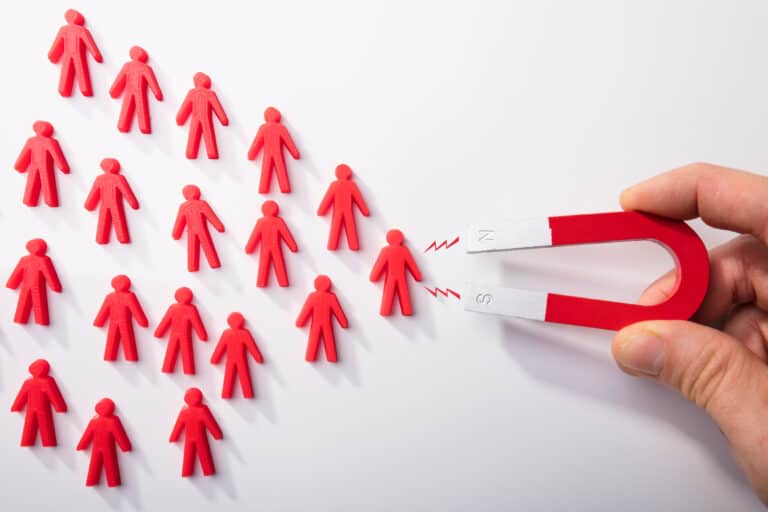 FacebookTweetPinLinkedIn Everyone likes the idea of growing their business, but how can it be done… 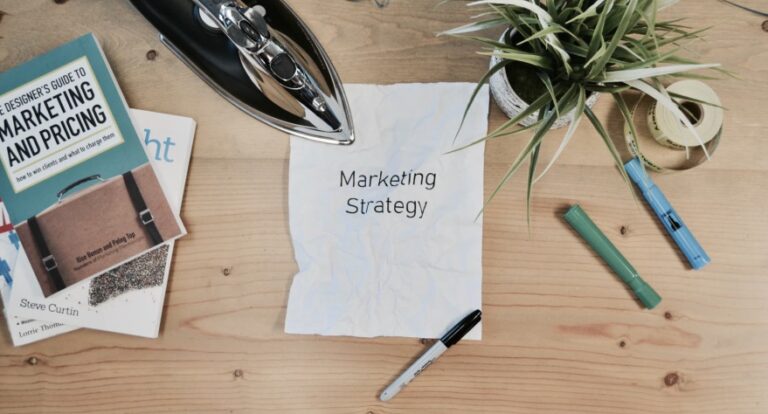 FacebookTweetPinLinkedIn When it comes to marketing, it is important to feel secure about how effective… 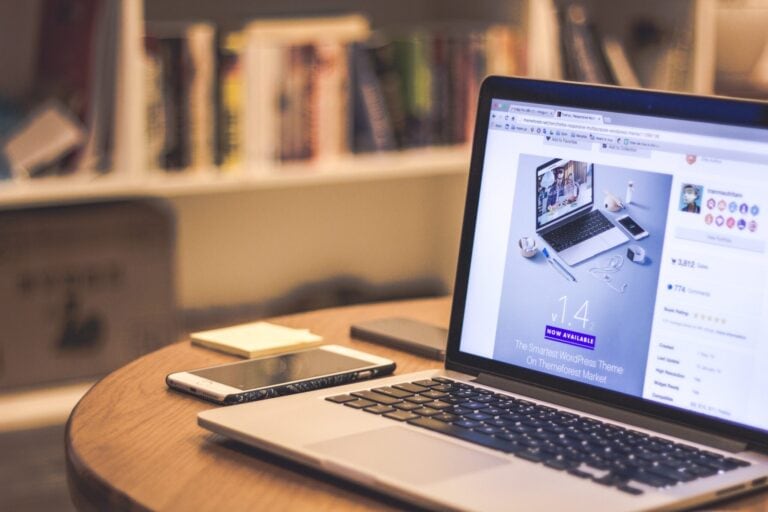 FacebookTweetPinLinkedIn An effective website design is not just about aesthetics, it needs to serve a…